After a short hiatus, State of the Cloud is back with a brand new update. Starting from this report, updates will be published every two months.

State of the Cloud is an on-going survey of the market penetration of cloud computing. Specifically, the survey tracks publicly facing websites (i.e., www.something.com) and does not look into internal usage such as R&D, testing and enterprise use.

The technique used is as follows: I use QuantCast’s top 1M site list as a reference. taking the top half of the list (500k sites in total). Each site is queried to determine whether it is hosted on a cloud provider, and if so on which. The results can be seen below.

Here are the results for this month. 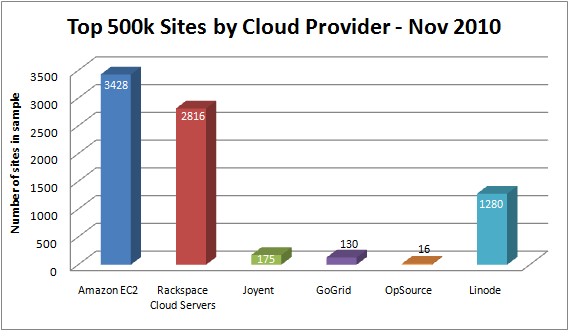 The two market leaders continue to make significant gains, both gaining an average of 2.6% per month over the past two month. Both have more than doubled their footprint since I started measuring back in August 2009. All the rest but Joyent have exhibited slower – if steady – growth. We’ve been wondering for over a year if anyone will rise to challenge the dominance of Amazon and Rackspace. So far, that hasn’t happened. 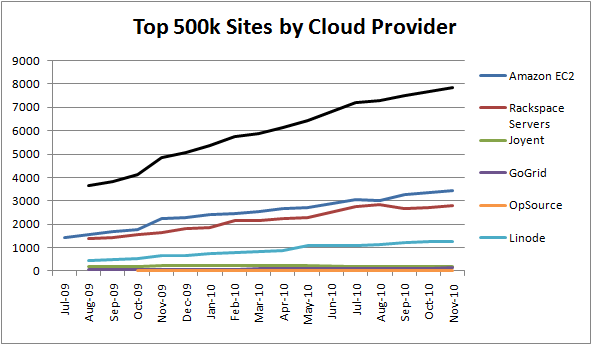 Looking back over the time since the survey began, what jumps out more than anything is how the cloud as a whole has grown. The cloud has more than doubled – from 3,635 sites hosted in the cloud back in August 2009 to 7,845 today. Otherwise the picture remains pretty static, with a clear division into major league and minor league. Perhaps the only exception here is Linode – which I continue to predict will be grabbed up sooner or later by a large player looking to make a quick entry into the cloud space (much as SliceHost was acquired by Rackspace and became Rackspace Cloud Servers, measured above). 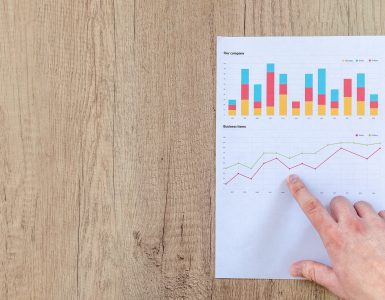 Welcome to the one-year anniversary of State of the Cloud! It’s been an exciting year for the cloud computing industry, which is maturing from a fledgling phenomenon into a massive shakeup of IT. While we haven’t quite...