We break from our regular programming for a guest post. The naming of cloud startups has always befuddled me. To chime in with some opinion on this delicate topic here’s Lucy Schiller of A Hundred Monkeys, a naming firm in San Francisco.

So let’s say you need a name for your up and coming cloud computing company. Going by most of the names out there right now, it looks like you’re going to write “cloud” on a piece of paper and then rack your brain for some sort of word to sit before or after it. Maybe you’ll start with numbers or meaningless modifiers (see Cloud9, Cloudera, icloud, Cloudant), move on to slightly more relevant options (Cloudscale, Cloudworks, CloudShare), get frustrated, try out a few stronger sounding words (Cloudkick, Whamcloud), and land, finally, in the territory of completely unrelated modifiers (Panda Cloud, CloudBerry). You’ll eventually find an available URL and subsequently try to convince yourself that naming your company “ChowderCloud” sounds like an okay idea. At least it kind of rolls off the tongue, right?

“Cloud” doesn’t even look like a real word by the end of the massive list of companies using it in their name. So what’s next if your friends talk you out of ChowderCloud? Earth, Wind and Fire? A more general theme of atmosphere? Surrounded by crowded airspace with names like Cumulux, OpenNebula, and Skytap, you decide to turn to something more grounded (see StrikeIron IronCloud, for instance).

While the cloud metaphor is way overplayed, the general concept remains an interesting one with a lot of room for imaginative names. Reservoir, Manymoon, Amazon’s Beanstalk, and StrikeIron (minus the IronCloud) all tap into the basic idea behind cloud computing without going the obvious cloudy route. From a functional standpoint, these less literal names also don’t pigeonhole you if you ever try to expand your business into new territory or shift your focus.

So while names like icloud and Couldworks are immediately relevant, they also immediately make you one in a million. How are potential clients supposed to tell everyone apart at first glance? They all sound like they do basically the same thing. And with more and more businesses switching to cloud infrastructure by the day, having a name that shows potential clients why you’re different can really make a big difference.

So let’s hope you decide to use your imagination. Every cloud is different. Ditch Chowdercloud, Cloudiddly, TroutCloud and Cloudsmack. Think about how you’re different from all the others, and start naming from there.

While I try to not abuse this blog as a platform to toot my own horn, please allow me to break my own rule today  :-). This is a guest post from my alter-ego, the entrepreneur. Many readers have asked me about the... 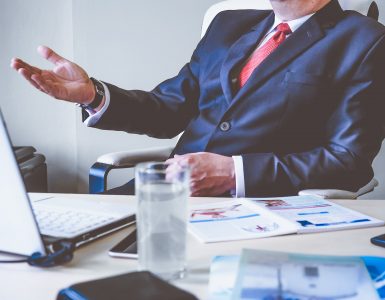 In case you’ve been wondering about the radio silence, worry not. Due to some (positive) developments at my own venture the time left for blogging has greatly diminished; as a result I’ve decided to switch to bi-monthly...

Save the State of the Cloud!

We interrupt our regular programming for the following update. Unfortunately, this month we have no regular post in the State of the Cloud series. Quantcast‘s Top 1M Site list, which is the input data set used by the...